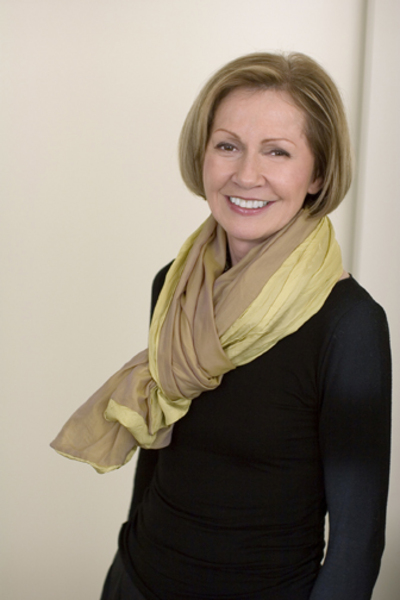 I included 50 recipes in French Women Don’t Get Fat and 100 in French Women For All Seasons, but in listening to readers who commented on my website forums or in emails or spoke to me at readings and lectures, it became clear that there was a demand for more. Women are so busy these days and they want easy recipes that can be prepared with a minimum of ingredients. That’s what I’ve given in the cookbook with 150 new recipes. The book is also my appeal for people to re-connect with the kitchen. We live in a brave new world of processed foods and many young people today, even in France, have no idea how to cook. I intended the cookbook partly as an homage to the art of home cooking.

Why is cooking so important?

I have become increasingly concerned for the fate of our society, especially our children, as the obesity epidemic grows. We are literally losing a generation of children, falling victim to chronic “adult” diseases like diabetes and heart disease. As a society, we’ve lost our connection to our food, and that’s at the root of the problem. I told the story in French Women For All Seasons of the boy who knew what an apple pie was, but not an apple. If we don’t cook, we don’t understand what ingredients go into our meals, and the only way we can regain our connection with food is to return to the markets, the kitchen and our tables. Not to mention, cooking helps us avoid a lot of poisons that go into processed foods. What person cooking a chicken at home would ever add high-fructose corn syrup, margarine, MSG and preservatives and inject it with massive doses of sodium? But that is exactly what happens with many ready-prepared frozen chicken meals.

But what about busy women who are working long hours and don’t have time to cook?

This book is designed specifically for busy women/mothers. That is where we have to start: with adults. These days, most people don’t have time for elaborate meals, myself included. For most of my career, I worked at least 10-hour days, so I had to learn recipes that could be easily prepared in 30 minutes when I arrived home tired and hungry. Most of the recipes in this book can be prepared in less time than it would take for a take-out order to arrive, and they will taste better and be better for you. There are even ways to make food shopping easier in today’s electronic world. In many cities, people can order groceries over the Internet, and with farmers markets popping up everywhere, good produce isn’t as hard to seek out.

Many women used your “Magical Leek Soup” to jumpstart their weight loss (reportedly setting off a leek shortage in some towns). Do you have any similar French secrets in the cookbook?

Oui, bien sûr, I include a recipe for a delicious and slimming “Magical Breakfast Cream” that came from my beloved aunt Berthe. Despite the name, it doesn’t include actual cream but is an easy, pleasurable way to lose a few pounds in a week without starving or deprivation. Maybe this time we’ll create a flax seed oil shortage (it’s one of the secret ingredients in this magical breakfast)…who knows?

Where did the rest of the recipes in the book come from?

The recipes are the story of my life, really. Some are from my childhood in France, others I picked up along the way: a memorable meal prepared by a friend, a recipe I developed after being inspired by a great restaurant meal, a dish that came together from the ingredients I happened to have in my fridge one night. Many of the recipes I’ve adapted to my tastes, lifestyle and time constraints, but each one has its own memory for me, a different story to tell. In the cookbook, I include many of these anecdotes along with the recipes.

Who in your life has been most influential in terms of cooking?

Definitely my mother and my grandmother and her sisters. I was spoiled for life by the great cooks in my family. But there have been other influences along the way, too. My husband, for instance, who introduced me to my love of pasta, and my travels to other countries such as Italy, Morocco and Japan.

Readers valued the way you included advice and eating strategies in French Women Don’t Get Fat and French Women For All Seasons. Do you incorporate any into the cookbook or is it just recipes?

Yes, I include plenty of advice on everything from maintaining a healthy weight to helping your kids avoid junk food to getting a reluctant spouse on board.

Your book is organized into Breakfast, Lunch and Dinner. What about snacks?

One of my key mantras is “eat three meals a day.” People who eat enough at mealtimes and train their bodies to eat three times a day don’t need to snack. Snacks should be either for medical reasons or the exception, when dinner is unusually late, for example, or mealtimes are delayed because of traveling. I do include some tartine recipes in the cookbook, which are the quintessential snack for French children and very easy to prepare. So if your children want an after-school snack, or if you have a very late dinner planned, that’s a good option.

How would you describe, overall, the recipes in the cookbook?

They are simple recipes that emphasize pure flavors, balanced ingredients and easy cooking methods. These are not elaborate or complicated dishes. I think it’s important not to take yourself too seriously in the kitchen. No recipes with twenty ingredients and three hours of preparation. Just simple, delicious dishes that are healthy and satisfying…and remember that each meal should include carbs, proteins and fat, the holy trinity of the French lifestyle.

Do you include desserts, too?

Absolument! A little something sweet at the end of the meal, for me, provides the perfect closure. It should be small, and many times it can be a piece of fruit, or maybe a small square of dark chocolate. The desserts in my book are simple, and while some—like chocolate-coffee verrines—are rather decadent, many others incorporate fruit as the star ingredient. It’s a balance, like people’s own dessert choices should be. You don’t need a super-rich dessert every day, nor should you deprive yourself completely.

Are sample menus included for people who aren’t sure how everything should fit together?

Yes, I have sample menus for normal work days, a lighter food day, even a Valentine’s Day dinner. I also explain how to mix and match dishes from the breakfast, lunch and dinner sections to make up a day’s menu. There are no rules, but I provide templates and suggestions.

What ingredients do you keep on hand at home to make meal preparation easy?

I have a long list in the book, but a few of the most important ingredients I keep on hand at all times are yogurt, whatever vegetables and fruits are in season, cheese, eggs, butter, olive oil, spices, pasta, milk, brown rice and good bread. With these ingredients, you can always whip up a good meal.

What message do you hope people take away from The French Women Don’t Get Fat Cookbook?

I hope people are inspired to go into the kitchen and cook a meal. I want readers to see that cooking doesn’t require huge amounts of time, just an appreciation for good food. People sometimes see cooking as stressful and challenging, or as a chore, but it doesn’t have to be that way. It shouldn’t be that way. My advice is, take some ingredients you like or use an easy recipe, try to enjoy the experience and slowly learn your own tastes and preferences. I hope the cookbook prompts people to reconnect with food again, in the markets and their kitchens, and at the table with loved ones, too, preparing food for and enjoying meals with the people they care about—family and/or friends. I try to show people how cooking at home can give us a richer existence, a more meaningful life and time well spent.